Jo dreamed again. This time, she found herself on a hill overlooking an expansive and verdant valley. From her vantage point, she could see a lazy little river coursing its way through the heart of the valley. Nestled comfortably to one side of the river, directly downhill from her, appeared to be a small village.

Village could be an overstatement, Jo thought. It was more like a collection of haphazardly constructed thatched roof huts, no more than several dozen in number. She could see smoke rising softly from a few now, trailing languidly upwards towards the sky. She didn’t see anyone out and about, however. That seemed a little odd to her, but she wasn’t sure why.

Still early in the afternoon, the sun shone brilliantly overhead, illuminating the valley in vivid and crisp resolution and beaming a comfortable degree of warmth over Jo. It was midsummer, right around the end of the...

In response to the Reddit Writing Prompt here: WP If your death is imminent, time stops for everyone but you. This allowed you to cheat death on many occasions by avoiding all sorts of danger except for now - you have no idea whats threating your life. Its been a year since time stopped. : WritingPrompts

“If your death is imminent, time stops for everyone but you. This allowed you to cheat death on many occasions by avoiding all sorts of danger except for now - you have no idea whats threating your life. Its been a year since time stopped.”

This had always been my worst fear. Ever since time began to stop, I’ve been having nightmares about the day that it would stop forever. It didn’t take me long to figure out that this would be an inevitable eventuality - after all, everyone dies, and someday, my death, at long last, would too be unavoidable.

When that happened, time would...

“Humanity split into subspecies: Alters, who alter their genes, Augmented, who augment flesh with machines, and Ascended, who uploaded their consciousness. After centuries of coexistence, the tenuous peace between the ideologies is threatened.”

Numerous safeguards had been put in place, but of course, no system remains secure forever. Doomsayers had been heralding this day for ages, and just like a broken clock - well, eventually, they were right. The inevitable had happened, and now all of them were indeed doomed.

The fear that this day would come was precisely why the Altered and the Augmented had refused to join the Ascended for all this time. In the end, however, it all seemed futile. Technically, sure, the Ascended had been obliterated first -...

Myra hunched over her laptop, furtively browsing Facebook mindlessly while trying to give a pretense of working - to whom, exactly, she wasn’t sure - while she waited for the hour to pass.

Myra was sitting alone in a corner of the shop, perched on a high stool with an uncomfortably non-existent backrest. The shop had installed wooden slabs across two of the walls of the store that served as workbenches, and Myra was hunkered over one of these now, half checking her Facebook feed and half wondering about the purpose of her life.

Myra wiped a few beads of sweat from her forehead as she...

He knew the specific corner of the home where Samantha liked to spend her days, and he wasn’t disappointed when he arrived to the sound of Rainbow’s desperate wails and pleas for absolution.

In between a chair leg and the corner of the wall, Jack could see Rainbow was helplessly stuck in the middle of one of Samantha’s perfectly spun webs. She was doomed - Jack had never seen anything escape from one of Samantha’s inextricable traps.

Samantha was strolling up the side of the chair leg now, heading casually but steadily towards Rainbow and her cries for help.

“Sam, Rainbow! What a pleasant coincidence to find you both here.” Jack called.

Rainbow stopped her wailing abruptly and Sam turned around and tilted her head towards Jack curiously, but said nothing.

Week 2 - The Monster Part I

Jack leaned against the wall and groaned. This was it. The attacks had become unbearable. All his attempts at appeasement had failed. They were reduced to only one last desperate choice: to fight back.

They had to kill the monster.

It was such a lopsided affair of overwhelmingly bleak odds that it would have been ludicrously laughable if it didn’t happen to be Jack’s presently lived reality. Jack knew his fate was sealed. Win or lose, he was going to die.

The facts were plain: there was no chance on earth he could take on the monster alone. He would have to recruit every other persecuted party in the territory at a bare minimum. He raised his paws and started the long familiar process of ticking off each plausible ally with his fingers.

There was Charles, who led the family of cockroaches, though they had taken the brunt of the recent decimation and were now barely scraping by. It...

I always wondered how things would end. Now I know.

It wasn’t quite what I expected, but by now I suppose I should have expected that. Nothing really goes according to plan. You always start with a plan, and you bring all your gear, even a friend, make backup plans, double backup plans*, do everything right, but in the end the rope still snaps and you still fall and now you’re broken and it’s the end.

*ok maybe we didn’t do this, or even the single backup plans, but you get the gist of it

At least now you know. Sometimes a shitty certainty is still better than a shitty uncertainty.

Hope was nice while it lasted. We shouted until we couldn’t shout, until our voices were as broken as the rest of our bodies. No one would be finding us here. We had each other, but a dying person isn’t much help to another dying person.

And now I don’t even have a dying person next to me. Just a dead...

The New Goto - Launching a Product on Product Hunt

By now, just about everyone in the world knows the power of social news aggregators - a must for launching a product is making an attempt to frontpage on HackerNews and/or Reddit. In some user acquisition/business models, the strategy sometimes revolves around doing solely that.

However, while HackerNews and Reddit are indeed amazing ways to get the word out about a product - they’re not explicitly designed for the purpose, and there’s a new player in the field that’s showing, in record time, the potential to rapidly overtake HN and Reddit as the goto for product launches.

I’ll have to admit - I was a little skeptical the first time I heard about Product Hunt. Ryan Hoover, the cofounder, had been a good friend of mine for quite a while before he launched PH - we used to blog together when he was back at PlayHaven - and when he first described it to me, it seemed like a stretch that PH...

Life. It’s happening and going by. 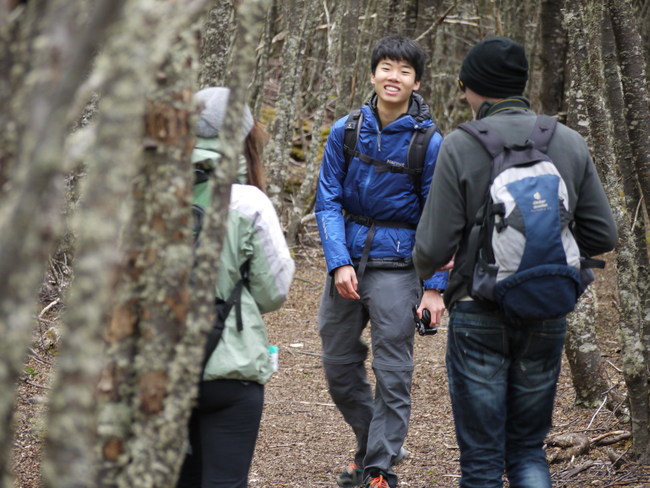 Lessons learned: It’s really easy to fall off the bandwagon, even for really strong habits. Falling off the blogging bandwagon happened despite me having blogged for a fairly long time with pretty solid consistency. It took a significant event for me to justify falling off the bandwagon consciously, but once that happened, it was pretty much game over.

This happened again just this past January - I’d been keeping a daily progress journal online for the past 551 days with only one short weeklong break during a cruise prior, and then I had to fly to New York for a weekend...

Sprayable Energy, or Why I’ve Been on Hiatus

Gee, that was a bit longer than four months.

Four months ago, I penned my last post and then decided to go on hiatus for a month.

I guess I never really came back. Sorry guys! If you were curious what I was up to - well, it was Sprayable Energy.

This is a bit late notice too - by the time you read this, there will probably either be just a few hours left in Sprayable Energy’s campaign or none at all and you will have missed out on this opportunity and these deals forever. Again, sorry guys - I wish I was a better marketer, but clearly I’m not :).

Actually, we really aren’t good marketers. We somehow managed to raise over $160,000 on Indiegogo in about 40 days, which I suppose if extrapolated out would suggest that we managed to get enough traction to potentially sell well over a million dollars in revenue a year pre-product. Fingers crossed things go as well in reality.